Random fact: Does not like questions starting with "What if" or "Imagine that."

Let's travel back in time to your first day in the company. What was it like?

My first day was eight years ago, in 2010. I remember that I got sick on my first day so I showed up only three days later. By that moment, my team lead had left for a business trip, so he did not have a chance to onboard me personally. However, he left directions about what I was supposed to work on, I met the team and started to work. I remember that the team was young and everyone was fun. We were working on a super-early version of MacKeeper, MacKeeper 0.8 or something.

Why did you choose to work at MacKeeper in the first place?

My ex-colleague from a previous workplace used to be a QA Engineer at MacKeeper. He told me about an open position and said that the conditions were much better than in the company where we used to work together. He mentioned a young team, comfortable office, and rather ambitious project. I took some time to think about it and said "Ok. Why not?" Then I was invited for a job interview, actually interviewed, and offered a job. It just happened. As simple as that.

What does your nickname mean? Why did you choose it?

Let's say it is my nickname from the past. I wouldn't change it even if given a chance.

Let's talk about your team. What role does it play for MacKeeper?

I'm leading a Desktop Engineering team. Our team is responsible for the new generation of MacKeeper. We develop a new version and we're doing all we can to make it as valuable, useful, and comfortable in use as possible. We're very concerned about the quality. We spend lots of time analyzing what approach we should take, how exactly some ideas should be implemented. We want the new MacKeeper to be exceptionally comfortable and simple in use. We not just develop, we also care about the quality of the final product. We care about it a lot.

These days it's mostly about planning and cross-team meetings. We need to sync with other teams to decide on the best ways to implement particular ideas. We have plenty of discussions within our team, too. As you see, at this stage, there are lots of organizational stuff.

Why did you choose to be an engineer?

I've always been a math person. I never tried to hard to be good at math, but for some reason math always came natural to me. I rarely got A grades because I had troubles remembering the definitions and precise names of theories, but I always knew how to solve math problems. Plus, I've always loved computers and when I started to code it was easy for me, too. That's why I do what I do today.

Name three character traits or skills that are necessary for your job.

And what about superpowers? Which one would be especially helpful for your job?

I found my job really interesting. If I could simplify it in some way, it would become less complicated, hence less interesting for me. That's why I take the reality for what it is, accept things as they and don't think much about "what ifs."

Describe your job in 3 words.

People. Product. Office. And excitement. Can I name four?

Is there something about your job that makes you feel proud of where you work?

Speaking about the company in general, I'm proud of the fact that MacKeeper has grown to such a big company it is today. It's impressive. Speaking of my own achievements here, I'm not in a position to judge. But...if someone opened our repository and reviewed the code of MacKeeper, I wouldn't be ashamed. I'd be proud of how it's written. Let's put it this way.

What is your personal anti-stress receipt? How do you recharge after a busy week?

I love active leisure. I like riding. Sometimes it's BMX, sometimes a motorcycle, sometimes a longboard or a skateboard. I love wakesurfing in summer and snowboarding in winter.

What's your definition of a perfect job or workplace?

For me, it's NASA. That's the place where I would really love to work. Maybe, if our system of education was different, I wouldn't become an engineer and would dedicate my whole life to scientific researches and investigations. Here in our country we have a strong theoretical background but lag far behind when it comes to investigations.

I'm that kind of person who could spend hours researching something, diving deep into details. Why NASA? Not because of the hype that's been around NASA for the last five years or so, but because it's space-related. I've been thinking of working in something related to space since I was a kid. Maybe I wouldn't be an astronaut (the idea of traveling that far freaks me out), but I could work there on some other position.

To begin with, I would not leave right away. I don't think it's ok to leave the company you've been working for that long without giving a prior notice. I'd try to inform my team at least two months in advance.

What about a piece of advice, I would not give any. At this company, everyone knows what to do. They should just keep pushing forward. 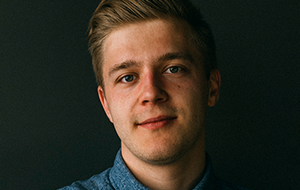 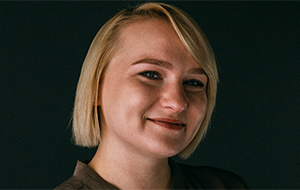 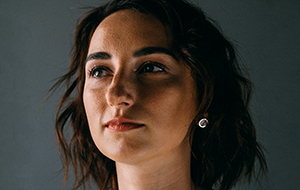