5 Creative Ways to Reuse an Old Mac at No Cost

1. Install Linux on Your Machine

In case you have no idea what Linux is, it's an open-source operating system with thousands of programs on board. It offers alternatives to office suites, such as OpenOffice and LibreOffice, as well as the Photoshop-like editor GIMP, mail clients, and popular web browsers. Linux even supports games, like Civilization V and Minecraft.

Installing Linux OS must be the best option since it runs on even the oldest computers. No worries: Linux is able to do about the same things Mac computer can. However, the Linux environment offers way more customization options than macOS does. You’ll be surprised how many versions of Linux-based systems are available, and their interface can either mimic macOS (Ubuntu) or look more Windows-like (Linux Mint).

If your Mac is too old and slow for any acceptable macOS version, Linux will make it run again. Also, Linux boots faster and helps eliminate the annoying “spinning wheel of death” problem. And, the chances of your computer getting infected with malware when running this operating system are extremely rare. The only drawback for using Linux may be configuring some settings and the lack of peripheral compatibility (with printers, for example). Anyway, we highly recommend you to try installing Linux.

The marvel of technology called Chromebook was introduced several years ago. It runs Chromium, the Linux-based OS developed by Google. This one is a great choice for an old MacBook because its system requirements are minimal.

Chromium won’t run any apps except Google Chrome and its extensions, but if you install it on your old laptop, it can work as an additional device to watch YouTube videos, search the web, and access cloud services. What’s more, when going on a trip, a Chromium laptop can serve as a travel device for browsing.

Chromebook will work perfectly for all the web-based tasks. And because all the data is stored safely in the cloud, there's nothing to worry about if your laptop gets damaged.

3. Make a Network-attached System Out of Your Old Mac

This one is better for a MacBook rather than an iMac. If your old Mac laptop has a spacious hard drive inside, turn it into a network-attached storage (NAS) device to store your media and files at home. The idea is simple: connect the drive to your home network to be able to access the files from all your devices — be it another computer, a smartphone, or a tablet. Also, you can access your files anywhere with an internet connection.

Accessing your files easily at any time and at no cost makes sense. Instead of dumping all your photos to the cloud, you can move them to your NAS. Instead of storing movies on your phone, you can stream them from your NAS. Get the idea?

If there’s a weak Wi-Fi spot in your house, or a “dead zone” with no wireless signal, use your old Mac as a router or a signal extender. This is handy if you often use a wired connection. Connect your old iMac or MacBook to the Ethernet and place it where you need to access the Wi-Fi signal. Adjust macOS settings for internet sharing, and in a few clicks you will turn your old computer into a Wi-Fi hotspot, saving you the cost of a new router.

Although not the most creative solution, this may be the right choice to earn some money. Sell it “as-is”, or “for parts”. You never know what people may need for their do-it-yourself projects or repairs. If you don’t manage to sell it on your own, Apple has a free recycling program to recycle used Apple products responsibly. This is the last resort for Apple computers not worth repairing.

Despite how old it is, some creative thinking can breathe new life into your Mac. 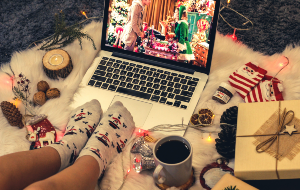 Pay Less for Hotels and Flights with Anti-Tracking and VPN 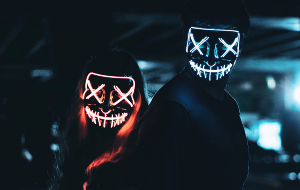 High-Tech Pranks to Scare Your Friends to Death This Halloween