How to Force Quit Mac Applications

Sometimes, out of the blue, your Mac will just freeze, your apps won’t respond, and you’ll start feeling yourself increasingly irritated. Don’t panic, it’s not that big of a deal. In fact, it can be easily fixed using one of the numerous methods that we will discuss in this article.

But first, why does your Mac freeze in the first place? Your Macintosh stops responding when there are a lot of commands piled up and your computer just doesn’t have enough capacity to run all those apps.

Another common reason for a Mac hanging up is excessive heat. To help prevent it, check our article on how to stop your Mac from overheating.

So how to fix it?

You have to force close the non-responding apps and you can easily do so by using one of the following methods:

1. Force quit from the Apple menu

To force quit an app on a Mac:

2. Force quit from the Dock

Active application’s icon is usually placed on your Dock panel. You can easily force quit the non-responding application on a Mac from there. How can you do this? There’s no magic here.

The easiest and probably the fastest way to access the Force Quit menu on a Mac is to use a special key combination.

All you need to do to force quit a program on a Mac:

Sometimes, when your Mac freezes your keyboard stops working, too. Luckily, it’s fixable—just check this article on how to fix a keyboard that stopped working.

4. Force quit from the Activity Monitor

This is a more advanced yet still a fairly easy way to force quit the app on a Mac. Even if you’re new to Macs, you’ve likely heard of the Activity Monitor app.

If the app isn’t responding, you may check how it is using your system resources.

Alternatively, you can force quit the frozen app using Terminal command. This step is for advanced Mac users who are familiar with shell commands.

It’s important to mention that when you use the Killall command, the auto-save function won’t work and you will lose your saved data. Thus, make sure to use this method carefully.

1. How do you restart a frozen MacBook Pro?

If your MacBook Pro stops responding and none of the previous methods seem to work for you, then your best shot is to force your Mac to restart.

You can use either of the following methods to restart your MacBook:

2. How do you stop an app that won’t force quit in MacBook Pro?

If your Mac isn’t responding, then there are a few tricks you can do to unfreeze it:

3. What happens if your force quit Finder?

Don’t worry, nothing bad would happen if your force quit Finder. In fact, you can easily close it by any of the previous methods discussed in this article.

Now you know all the ways to force a non-responding app to quit. Hopefully, your Mac will run smoothly and you’ll rarely use these tricks. 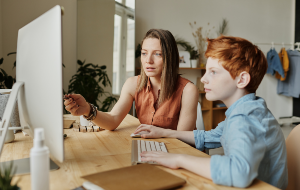 How to Back Up a Mac to iCloud 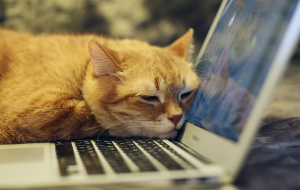 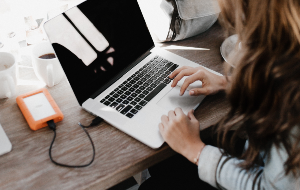 External Hard Drive Not Recognized on Mac: How to Fix It