DVS is the middleware and centralized environment for all of Verizon Wireless (the cellular arm of VZ) front-end applications, used to retrieve and update the billing data.

Although no customers data are involved in this data leak, we were able to see files and data named "VZ Confidential" and "Verizon Confidential", some of which contained usernames, passwords and these credentials could have easily allowed access to other parts of Verizon's internal network and infrastructure.

Upon analyzing the content of the repository, we identified the alleged owner of the bucket and sent responsible notification email on September 21st. Shortly after that, online archive has been took down and it has been later confirmed that the bucket was self-owned by Verizon Wireless engineer and it did not belong or managed by Verizon.

What the Repository Contained:

Verizon had $126.0 billion in consolidated revenues in 2016 and it seems like they would not leave the keys to the front door of their data servers or network out for anyone? In the corporate world any bad news can affect stock prices or other aspects of the business. However, if these files were not sensitive, why not make this information open source or publically available? access to production logs, scripts, instructions and administrative credentials to protected areas of Verizon's internal infrastructure.

In the aftermath of the Equifax data leak it is easy to be skeptical considering that they waited 5 months to inform regulators or the public. Then remember that Equifax executives sold off stock before the price drop. It is not out of line to consider when someone has been approached with a data leak that they might deny it. As security researchers we often hear that data was not sensitive or that it was production or test data, when it is clearly not.

“Our primary goal is to notify and secure the data not dispute if they are being honest or not. As more and more data leaks occur it makes consumers, and average individuals more vulnerable online. We believe that companies have an obligation to not only take the proper security measures but also protect the data their employee collect and store”.

"An improperly configured S3 can lead to viewing, uploading, modifying, or deleting S3 objects by third parties. To prevent S3 data loss or exposure and unexpected charges on your AWS bill, you need to grant access only to trusted entities by implementing the appropriate access policies recommended in this conformity rule. Bruteforce tools are already scanning all possible bucket names, analyzing configurations letter by letter and getting closer to your information every minute."

With MacKeeper, we aim to make using your Mac easier and safer through reliable technology solutions. MacKeeper comes with the essentials your Mac needs such as a disk cleaner and performance optimizer, as well as tools to protect your privacy and security. 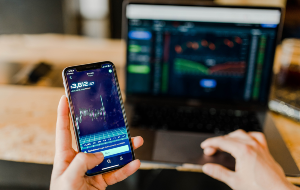