"Bad News, You Have Been Hacked" Email Scam Reviewed

We have good news for you. First, you're not alone. Thousands of people have received the very same email. Second, neither your operating system nor your email has been hacked (although it seems quite the opposite).

Scammers get more inventive every year. But there’s no need to panic—it's a great reason to become more aware of how to ensure your data privacy, starting with securing your connection, to protecting your online identity.

Keep calm and install MacKeeper! It will protect your private information from third parties, with only a few clicks required from you.

We first heard about this scam from our users who started to contact our support team asking for help. A few hours later that same day we synced with experts from our Anti-Malware Lab and reviewed the case.

Importantly, if you got this email, you are safe and there is no urgent threat to your system or likely even your email. Most likely you’ll need to do some security housekeeping, but you’re not at real risk. We’ll dive into the details later on, but here’s what these scam artists were up to.

Long story short, scammers are trying to trick people into thinking that their operating system has been hacked, that their browsing history and contact list have been stolen, and — most importantly — that they've been recorded watching adult content.

These cybercriminals threaten people to share embarrassing records with the victim's entire contact list unless their demands are met. The demands are pretty standard: a $813 payment in Bitcoins to be made within 50 hours.

Below is our explanation of what happened and a detailed guide what to do if your email has been "hijacked," and you received an email saying "I hacked your operating system and got full access."

Email scams are nothing new. Neither are sextortion scams.

The scheme used for this new email scam has been around for years. Despite being hilariously simple, it is quite believable (and we all know that believability is a key component for a successful scam).

What to do if you got "I hacked your ecosystem and got full access" email?

The closing word on the recent sextortion email scam

In light of this, there's one thing you need to keep in mind. No matter how unpleasant and believable they might look, such emails are quite innocent unless you fall for them. As long as you simply ignore them, they can do no real harm.

So if you received an email like this, all you need to do is follow 3 steps described above: do not pay, change passwords, scan your computer. 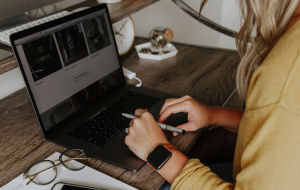 What is Ransomware and How to Prevent it?