They say even the walls have ears. They also say the death of privacy is near.

Sadly, a recent scandal around Google's security system Nest Secure and its secret microphone prove both of the statements correct.

What's the matter with the Nest secret microphone?

As you probably know, Nest Secure is a smart home system designed by Nest Labs—a smart home device manufacturer acquired by Google in 2014.

Released in 2017, the Nest Secure hub was supposed to protect our homes via its Nest Guard (alarm, keypad, and motion sensor), Nest Detect (a sensor designed to keep an eye on windows and doors), and Nest Tag (a security access tool/keychain fob).

At least, that's what users have been told.

As it turns out, there was one more tool Nest Secure has had at its disposal all this time — a hidden microphone that both Google and Nest Labs forgot to inform the world about.

How did this inconvenient truth come out?

Well, in an act that would be hilarious if it weren’t so frustratingly unprofessional, Nest Labs itself revealed the hidden microphone without even realizing they did it.

In early February, Nest announced that their new system update allows Nest Secure to function as a Google Assistant, too. (Hint: to work as a virtual assistant, gadgets need to have a microphone).

It didn’t take long for privacy-conscious geeks to make the logical conclusion—if Nest Secure supports Google Assistant without any hardware updates, this means a built-in microphone has always been a part of the system.

The tech giant failed to inform users about a microphone built in their Nest home security system. Cue the onslaught of disgruntled privacy advocates.

But wait—they failed to do disclose the microphone twice. First, they didn't mention microphone as a part of Nest Secure tech specification. Second, they announced the kick off of Nest’s virtual assistant technology without saying a word about how on earth the virtual assistant is going to function, i.e. via an already existent microphone.

How did Google and Nest respond to the secret microphone news?

To Google’s credit, they did admit it was their fault, explained that the secret microphone was never meant to be a secret, and agreed that they should have listed the microphone in the initial specification.

Furthermore, they emphasized that the microphone is disabled by default, and it remains turned off until the owner enables it specifically.

Frustratingly, however, Google attempted mild justification of the behavior claiming that most home security systems have built-in microphones because this is what all sound-sensing security features rely on. While this may be true, it does feel like veiled victim-blaming—“All security-systems have microphones, so users should have expected this.”

Nope, still not cool. Google absolutely should have listed the microphone in the product specification precisely because most other security systems do disclose the microphone for the customers’ benefit. This “oversight” is balks at industry best practices, and the customer is not responsible.

Why does the story matter?

If there's a secret microphone found in one device, chances are high there are more microphones hidden in other devices, too—even in those we don't consider a threat to our privacy. Yet.

We asked Vadym Lysenko–lead of MacKeeper Anti-Malware Lab–to comment on the event and his response was surprisingly positive:

"Those who predict the death of privacy are wrong. Privacy is already dead. It died like five times already [laughing]. What is happening now is that every privacy-related scandal raises awareness about just how much these tech giants know about us and what tools they use to access our personal data. As the world becomes more privacy-conscious, I hope we will regain some of our privacy."

Essentially, the reality of this situation highlights that—for now—privacy is a new kind of luxury. What is more, based on the response of major players in the tech space, this reality is unlikely to change anytime soon. 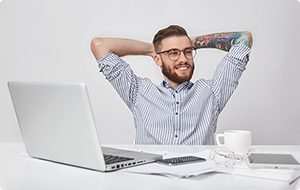 Protect Your Mac Against a Recent Trojan Virus 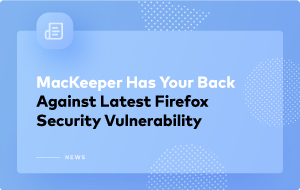