Sometimes it’s necessary to clean files from our Macs that are no longer needed to free-up some space and download our favorite movie. All you need to do to avoid this problem is to keep your Mac clean.

Install MacKeeper and let it take care of cleaning your Mac. In a couple of clicks, MacKeeper will easily remove all the junk, duplicates, and useless apps from your device, which will free-up  gigabytes of space.

Macs, iPhones, iPads, and other Apple products made countless appearances on TV screens. Below are just ten examples of how these iconic gadgets were more than just props in films and TV shows.

Carrie Bradshaw typing on her iBook is a well-known image. Viewers watched Carrie contemplate and comment on life as well as do her nails behind the upside down Apple logo. The upside down image was so prevalent, many users tried to open laptops from the wrong side. Carrie’s relationship with her Mac outlasted all her others.

2. The Girl with the Dragon Tattoo, movie

This notable movie illustrates the common idea that MacBook Pros are used by creative personalities and non-conformists, the characters portrayed by Rooney Mara and Daniel Craig — an exceptionally gifted computer hacker and a co-owner of a lifestyle magazine. Apple logos scattered throughout the film support the characters’ investigative work.

Harvard law student Elle Woods stood out among her peers just as her tangerine iBook stood out among the mass of black laptops. Again, the impression of innovative people preferring Apple devices is supported by this indomitable character.

Thirty-three percent of the products featured in this film were made by Apple. Despite AOL being the first to advertise in the film, Apple greatly benefited from almost four minutes of airtime.

Apple product placement in this movie is more than justified. Almost a documentary, this movie has soaked in the atmosphere of creativity synonymous with Steve Jobs and Apple. Naturally, there are many products to show!

Everybody recognizes a shiny Apple logo on a MacBook, even if an antenna partially covers it. The cost of product placement in this movie was estimated at $967,025. Fortunately, Apple never pays for such kind of advertising so they undoubtedly saved a bundle.

The popular animated show didn’t miss a chance to take part in this competition. One of the episodes, “Mypods and Boomsticks” depicted the whole “Mapple store” as well as Steve Jobs and all the Apple products. It was a mocking interpretation, though true Apple fans surely enjoyed it.

Chris Evans and Scarlett Johansson spent more than a minute in the Apple store where they hacked into S.H.I.E.L.D. It was also an excellent chance to show brand new, glowing MacBooks and a friendly Mac store representative.

Bob Kelso, Chief of Medicine at Sacred Heart Hospital, looks so in love with a marvel of design and engineering — an innovative Apple iMac G4.

Another medical genius and dedicated Apple fan, whose attachment to his MacBook became a natural look. The doctor doesn’t drop his work even during hospitalization and uses an Apple laptop to analyze another intricate case.

Apple won the Brandcameo Product Placement Award in 2010, 2011 and in 2014 for the frequency of their products appearing on TV. This list is just a handful of examples; however, it’s not too hard to spot Apple in most TV hits. 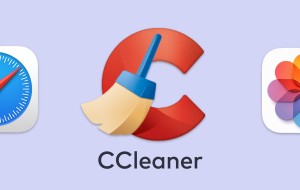 CCleaner Review: Is It Safe to Use It on a Mac? 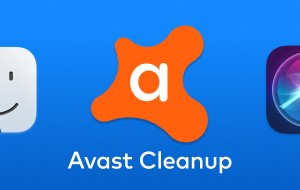 Avast Cleanup for Mac Review: Is It Worth It? 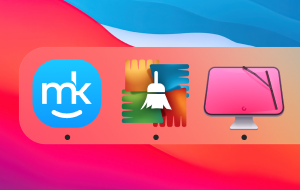 The Best Free and Paid Mac Cleaners in 2021