Imagine not being able to use your super expensive MacBook because a strange system process is eating up a sizable amount of available CPU. Annoying, right? The situation becomes even more frustrating when your Mac becomes slow and starts to overheat.

If this high CPU usage is left unchecked, it could result in damage to some internal components of your Mac. But you don’t have to sweat it, though; the problem is fixable. In this guide, we’ll walk you through the process of reducing high CPU usage induced by the kernel_task process on your Mac.

Before you proceed, we recommend taking a moment to understand what the kernel_task process is and how it impacts CPU usage on your Mac. Let’s get to it.

What is kernel_task on Mac?

Every time you power on your Mac, kernel_task is one of the system processes that macOS starts automatically. It constantly runs in the background and typically uses a small portion of your Mac’s CPU. However, the kernel_task CPU usage may reach an unreasonably high level if the CPU’s temperature snowballs due to:

How to check CPU usage on Mac

You’ll need to launch the Mac Activity Monitor to check the CPU usage of the kernel_task process and other apps.

The CPU usage of apps and services is measured in percentage and arranged in descending order (i.e. from the highest to lowest). If you don’t find the kernel_task process in Activity Monitor, here’s what you should do.

You should now see the CPU usage of the kernel_task process on your Mac.

How do I reduce CPU usage on Mac?

Now that you know how much of your Mac’s processing power system processes and third-party apps use, how do you lower CPU usage? You can start by force-quitting unused applications.

Ideally, reducing the CPU usage of other apps should in turn cause the kernel_task process to also use fewer CPU resources. But if that doesn’t help with the situation, try the troubleshooting recommendations below.

Using counterfeit or low-quality chargers is one of the many reasons why your Mac overheats. Conversely, and quite surprisingly, authentic chargers can also cause heating problems. We discovered that some affected users were able to reduce their CPU temperature (and high kernel_task CPU usage) by charging only via the ports on the right-hand side of their MacBooks.

It appears that some MacBook units have design flaws that cause a surge in CPU temperature when a charger is plugged into any port on the left side. If your MacBook houses charging ports on both sides, use only the ports on the right side and see if that helps lower CPU usage by the kernel_task process.

Move to a cooler room

Apple strongly recommends using your MacBook in environments of acceptable operating temperatures (50° — 95°F or 10° — 35°C). Anything beyond can trigger the kernel_task process to use a high CPU load to regulate the temperature.

You could regulate your CPU temperature by using a MacBook cooling pad or simply moving to a cooler room. Likewise, avoid using your MacBook on a pillow, in bed, or on any surface that builds up heat and obstructs Mac’s ventilation opening.

If the kernel_task high CPU usage issue still persists, you should restart your MacBook. This refreshes your device’s operating system and helps to kill malicious apps driving up your Mac’s CPU usage. Should the kernel_task CPU usage remain unreasonably high when your Mac comes back on, try resetting its System Management Controller.

The System Management Controller (SMC) is the component that powers your MacBook’s keyboard, fan, battery, and other important hardware. The kernel_task process could drive up CPU load if your Mac’s fan isn’t working correctly. In that case, you should reset the SMC.

How to reset SMC on Mac with T2 security chip

MacBook Air and MacBook Pro’s released in 2018 or later have the T2 security chipset. Follow the steps below to reset the SMC of these Macs.

Finally, tap the power button to start your Mac.

How to Reset SMC on Mac Without T2 Security Chip

If your MacBook was launched in 2017 or earlier, here’s how to reset its SMC.

5. Power on your Mac

Starting your Mac in Safe Mode can help to diagnose third-party apps responsible for the high CPU usage of the kernel_task process. Power off your Mac and wait for it to shut down completely. Next, click the power button and immediately press & hold the Shift key. Release the Shift key when the Apple logo appears on the screen.

You should check out this comprehensive guide on using Safe Mode to fix problems on Mac.

The Non-Volatile Random Access Memory (NVRAM) is a component that stores certain information about your Mac’s settings and configurations — sound/volume settings, startup disk selection, kernel panic information, etc. Resetting the NVRAM is an effective troubleshooting method that could help restore the kernel_task CPU usage back to normalcy.

5. Keep holding the four keys until your Mac restarts.

Reducing the kernel_task high CPU usage boils down to one simple thing: keeping your Mac at a healthy temperature. If none of the recommended troubleshooting solutions in this guide fixes the problem, visit a nearby Apple Service Center to get your MacBook examined for hardware damages.

How much CPU Usage Is normal?

There is no specific CPU usage that’s considered normal. And really, you shouldn’t have to worry about CPU usage unless your computer becomes unbearably slow or occasionally freezes during usage.

How can I improve CPU performance?

There are a number of ways to improve your computer’s CPU performance. These include closing unused applications, uninstalling unknown & unused third-party extensions, and preventing programs from launching at startup.

Your Mac should be able to run at 100% CPU usage for hours, or even days. However, you should note that at 100% CPU, your Mac may begin to experience reduced speed & performance. Or even start overheating. If left unchecked, it could damage your Mac’s battery and other internal components. 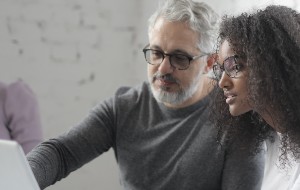 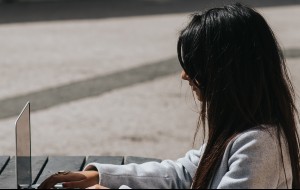